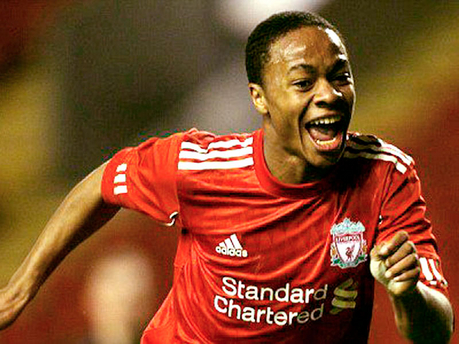 Jamaica makes a play for Sterling. Jamaica's soccer president Horace Burrel will fly to England this week wiih a bid to snatch the liverpool youngster from under the football association nose, The F. A. appeared to have beathen the Reggae Boys after calling the teenager up to the full England squad for the World Cup qualifer against Ukraine, But England will be sweating on how this week discussion between Sterling and Burrel pan out.

With the Liverpool starlet happy to give Burrel the chance to make his pitch.

Sterling's mother is known to want her to represent Jamaica where the 17 yr. old was born and raised in Maverley on Reapers road, Kgn. 20  Jamaica. Raheem Sterling was raised by his grandmother.

At the age of five he left for london England with his mother, At the age of ten he joined the Queen Park Rangers F.C. then to Liverpool.

Sterling has dazzled the English soccer world with his prodigious talent.