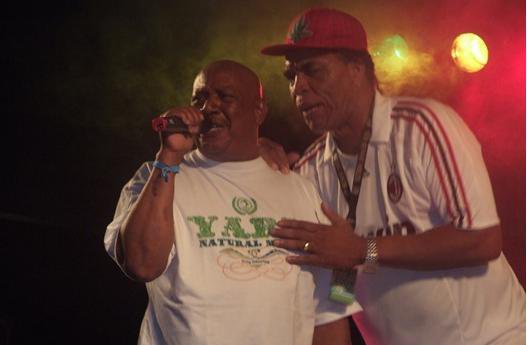 IN the 1980's deejay Sassafrass reigned with his # 1 hit song Poco Jump, other songs like The Horseman Style and Call The Deejay.

He recorded mainly for the Black Scorpio Label and is a contemporary of fellow deejays Peter Metro, Josey Wales and General Trees.

Sassafrass has not been on the local show seen for some time, which he saye is deliberate.

"I don't love how the business run in Jamaica, I prefer to work in Europe where i am loved and appreciated, he told Sunday Observer during a telephone interview.

He said he recently did a handful of shows in Europe with Peter Metro.

Most of his dates are in Belgium and Germany, with his last major performance being at the Reggae Jam Festival in Bersenbruck, Germany.

Sassafrass still records, He says he is working on an album as well as producing songs by other artistes for his Horseman label.

Sassafrass said the music business has changed tremendously since he started on sound systems in the late 1970's, he admits it is not easy to catch-up, "Im a vinyl man so i now have to learn the digital side of things, there is so much to learn, "he said with a chuckle.

Originally from Maverley, Michael Johnson son of Cecil Johnson and Mrs Johnson founder of "Maverley Basic School" on Fields Road, Maverley, Kingston, Jamaica, Sassafrass was introduced to the dandehall through the Black Scorpio sound system where he remembers his Horseman Crew ( which included General Trees ) having friendly clashes with General Echo and Johnny Ringo.

In addition to the Black Scorpio label, he recorded songs for producers Lee 'Scratch' Perry (Green Bay Massacre) and the Horseman Connection with Bunny Lee, In 1983 Sassafrass migrated to New York City and now resides in Canada.

Reply Jamaica American Maverley inc.
8:21 PM on January 7, 2014
Sign up on our Member page to know about upcoming events and members tickets discounts
0
/