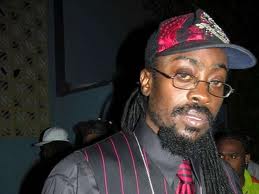 On june 23rd a get together was held at the family home at Hughenden avenue, All was invited several artistes also attended, Beenie Man dad affectionately called "Bragga" aka "Skaley Man" died on wednesday June 6th at the University Hospital of the West Indies, Jamaica, while recceiving treatment for an disclosed health complaint, the news came as a complete shock to "Beenie Man" as well as his long time manager and brother Rohan "Blue" Smith.

Beenie Man ex-wiife D'angel visited the hospital and offered her condolences upon hearing the news, occording to the singjay "Bragga" was a very fun person to be around, "Bragga" was a very loving kind person, said one of his long time brethen "Scorcher".

"Bragga a father of some talented footballers "Lego", "Little Bigga", Bragga was a very good Autobody Mechanic who in the late 60's had his workshop in his back yard, There was never a dull moment around "Bragga" he was very funny always entertaining now we know where "Beenie Man" got his talent from. R.I.P. "Bragga" gone but not forgotten, we love you.